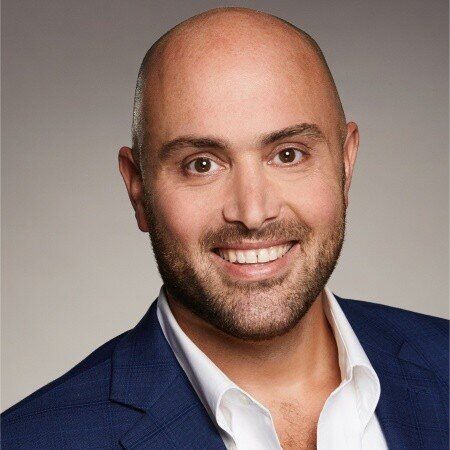 Smith is the founder of SMITHHOUSE, a strategic communications company. He launched the firm in 2018, the next step in a 20-year career that has encompassed in-house and agency experience across the entertainment, lifestyle, corporate and technology industries. He partners with clients and advises on corporate and consumer PR strategy and campaigns as well as handling events, awards, speaking opportunities, and crisis communication.

Prior to launching SMITHHOUSE, Smith served as Vice President of Communications at the CBS Television Network, creating PR strategy for the Network’s Daytime and Alternative programming.

There, he was the communications lead on several seasons of pop culture phenomenon Big Brother and also launched new competition series TKO with Kevin Hart, Candy Crush with Mario Lopez, global format Hunted, and the true-crime limited series The Case Of: JonBenet Ramsey.

Smith also oversaw 1,000 hours of daytime programming each year, including iconic series The Price is Right and The Young and the Restless, as well as the daily live talk show The Talk, which took home Best Host and Best Show Daytime Emmy Awards during his tenure.

Previously, Smith was Vice President of Communications at TLC, part of Discovery Communications, where he led consumer and corporate efforts for the network, executives and programming, as well as managing all awards, events, and speaking opportunities. 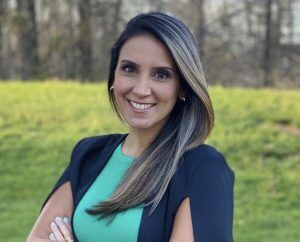 A brand storyteller and established communications executive with widespread knowledge of the media landscape, Brahim has worked on some of the most popular programming – domestically and internationally – across scripted, unscripted and news categories. Most recently Head of PR for Showtime Networks Cable Group, Brahim is known for elevating awareness, increasing audience engagement and protecting brands such as Smithsonian Channel, Pop TV, TLC, CBS and MSNBC. She has extensive experience in crisis communications, program publicity, corporate communications, executive management and talent relations, and is well-versed in multiple areas of the media business including programming, marketing, legal and digital.

Brahim has overhauled brands resulting in unprecedented and competitive press coverage and industry accolades. Additionally, she has managed some of the biggest crises in reality television history, spearheaded multiple international launches, and led a number of campaigns for high-profile tv series and documentaries. In 2018, Brahim was named as one of NYC Television Week’s 40 Under 40 and in 2019 she led her communications team at Smithsonian Channel to be recognized as Cablefax’s PR Team of the Year. 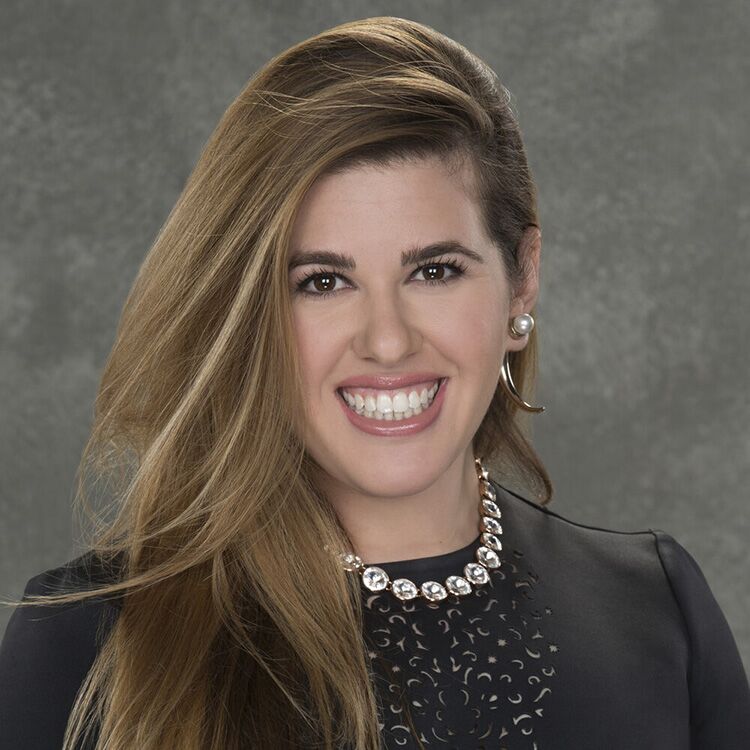 Povar, a seasoned television communications executive, has worked in entertainment publicity, media relations, and talent relations for 15+ years since starting her career at Showtime. During her career, she has launched and contributed to over 60+ original scripted and unscripted series, specials, and events that have covered virtually every major genre in storytelling with some of the biggest and most recognizable personalities in the entertainment industry, including the legendary Norman Lear. She is best known for her unprecedented work as the creative mastermind behind the publicity campaigns and FYC effort for what was originally a quirky, unknown series―Schitt’s Creek―that spectacularly morphed into a television pop culture icon making Emmy Award history. 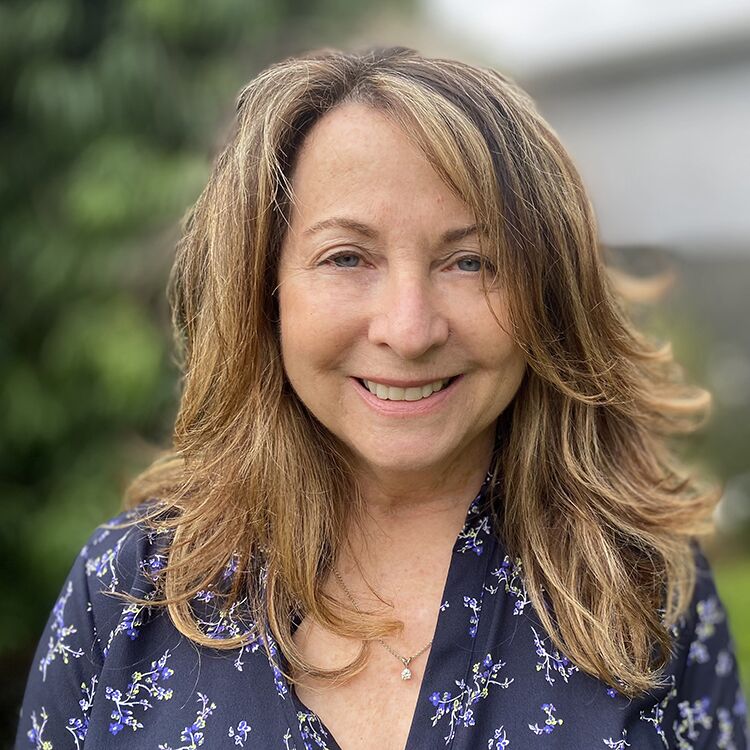 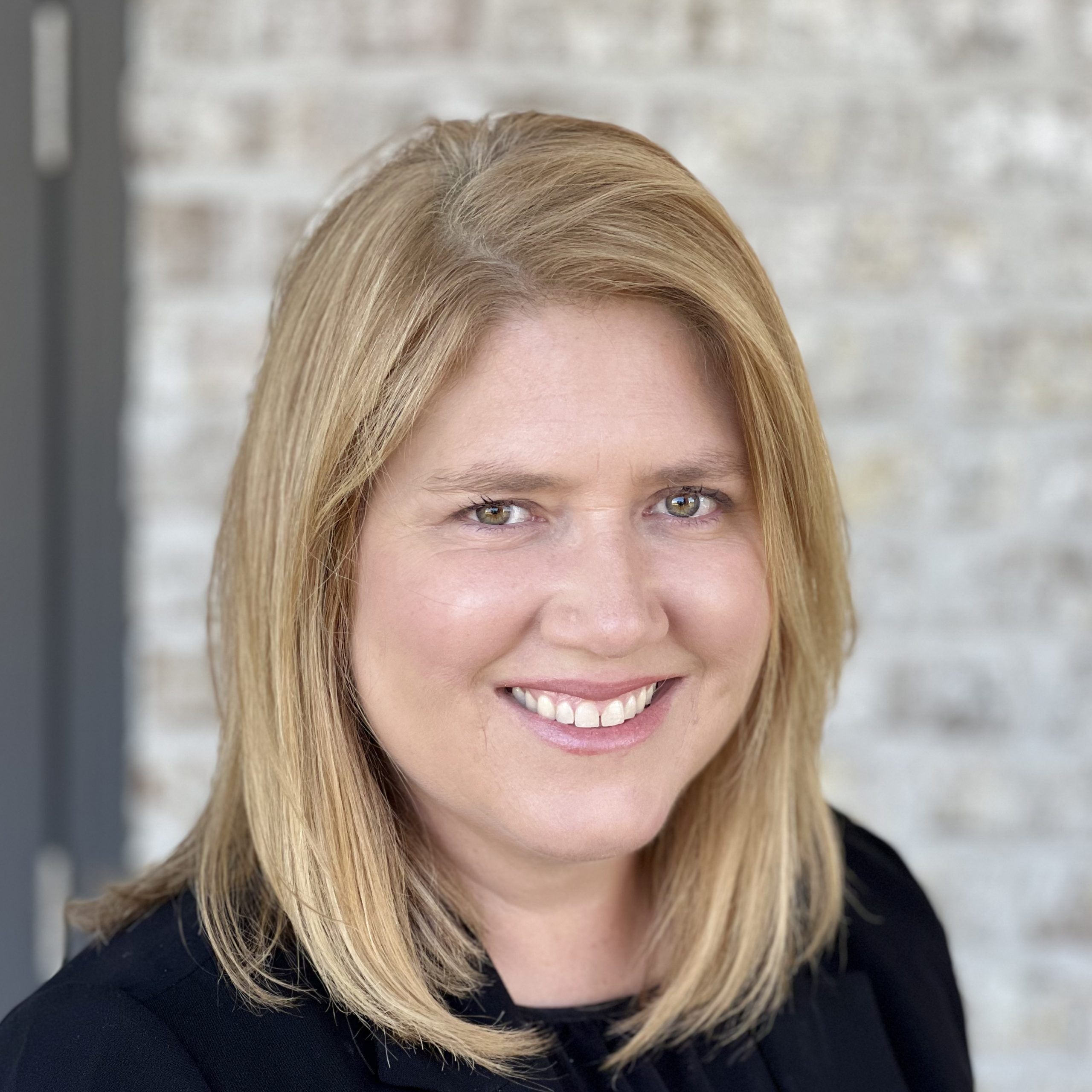 Ballabio is a veteran marketing and communications professional with 20+ years of experience working both in-house and on the agency-side. She is responsible for all of SMITHHOUSE’s business operations including marketing, HR, finance and strategy. Prior to joining SMITHHOUSE, Ballabio was responsible for managing new customer acquisition for Intuit’s $150 million Financial Supplies business serving Intuit’s 100 million customers worldwide with TurboTax, QuickBooks and Quicken. Prior to that, she was a Senior Corporate Communications Manager, where she managed the company’s industry analyst and customer relations programs. She started her career at Schwartz Communications (now MSL Group), working with emerging high-tech start-ups. Ballabio has an MBA from UC Berkeley’s Haas School of Business and an undergraduate degree from Boston University’s College of Communication. 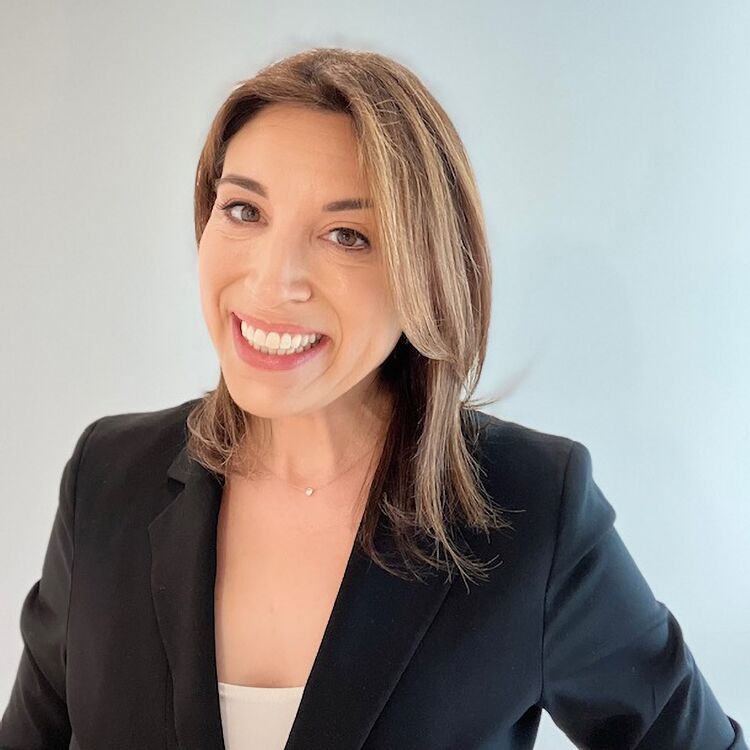 Stephanie Berman (Raphael) is a PR specialist with over 20 years of experience in the entertainment, lifestyle and consumer industries. Prior to joining Smithhouse, Berman served as Vice President of Communications at Decadent PR, where she consulted for the Pop TV network, launching two high profile series; the fifth season of “Schitt’s Creek” and new dramedy “Flack” starring Anna Paquin.  She also co-spearheaded the launch of NBCUniversal International Studios “Downton Abbey: The Exhibition in NYC,” garnering more than 200 valuable media placements that totaled more than $5M in earned media value for the opening.

Prior to consulting, Berman served as Senior Director of Communications at MTV Networks where she oversaw multi-tiered press campaigns for high priority network projects including the launch of MTV’s scripted programming slate.  Berman re-branded MTV’s Original TV movie franchise with strategic launch campaigns tailored to each individual movie genre. Original movies include: “Pedro,” “My Super Psycho Sweet Sixteen” parts one and two, “MADE: The Movie,” “Turn the Beat Around,” “Worst Prom Ever” and “The Truth Below.”  Other campaigns include “The 2009 MTV Movie Awards,” scripted series “Awkward,” “Good Vibes,” as well as “World of Jenks,” “I Used To Be Fat” and “The Buried Life” (Seasons 1&2).

Berman spent two years at The Dowd Agency as Director of Accounts before moving to MTV.  She managed and oversaw publicity, advertising and Emmy campaigns as well as event planning for several prominent clients. Some of the accounts Berman oversaw include “Meerkat Manor” for Animal Planet, the launch of “The Two Coreys” and “Psychic Kids” on A&E, “Sordid Lives” for “Logo Network”, “Ace Hardware,” “Yahoo!” and the launch of a children’s music brand “BoyintheShade.”

In January 2003, Berman served as press manager at NBC and launched the high-profile unscripted series “I Want to Be a Hilton,” which generated the most public awareness of any summer program on NBC. Berman became the official NBC liaison to the Hilton Family and implemented a comprehensive yearlong media campaign leading up to the summer 2005 premiere. While leading the launch of the Hilton series, Berman continued to run the press campaigns for “Third Watch”, “Law & Order: SVU”, “Last Call with Carson Daly”, “The Restaurant II”, “Macys Thanksgiving Day Parade” and “Macy’s Fourth of July Fireworks Spectacular.” In addition, she launched the first live late-night New Years Eve program for NBC; “New Years Eve with Carson Daly.”

Berman began her career at NBC as a research intern at “Late Night with Conan O’Brien” in January 1998, which soon earned her a place in the prestigious NBC Page Program. As an NBC Page, she covered many assignments throughout the network including working in the office of Mr. Robert C. Wright, President and CEO, of NBC. In March of 1999, Berman earned a position as coordinator for the East Coast Entertainment Publicity Department.

Berman graduated from Washington University in 1997 with a double major in art history and photography. She is originally from Woodbridge, Connecticut and currently resides in Westport, Connecticut with her husband Eric and daughters Emma and Charlotte. 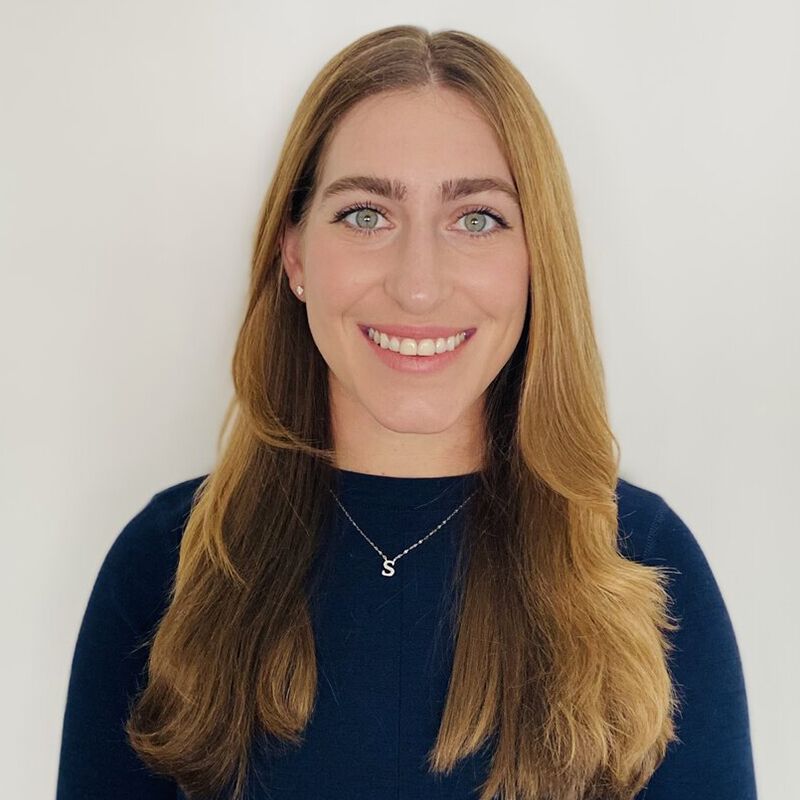 Silva is a strategic and creative thinker who has worked across priority publicity campaigns for scripted and unscripted series, including docuseries and companion podcasts. Most recently at National Geographic, Silva developed and executed campaigns for the linear channel and original content for streaming platform Disney+. She launched the network’s most-watched scripted series ever, The Hot Zone, starring Julianna Margulies and the network’s first scripted original for Disney+, The Right Stuff from Leonardo DiCaprio’s Appian Way. Silva has held previous positions at Discovery Communications (TLC) and AMC Networks (WE tv). 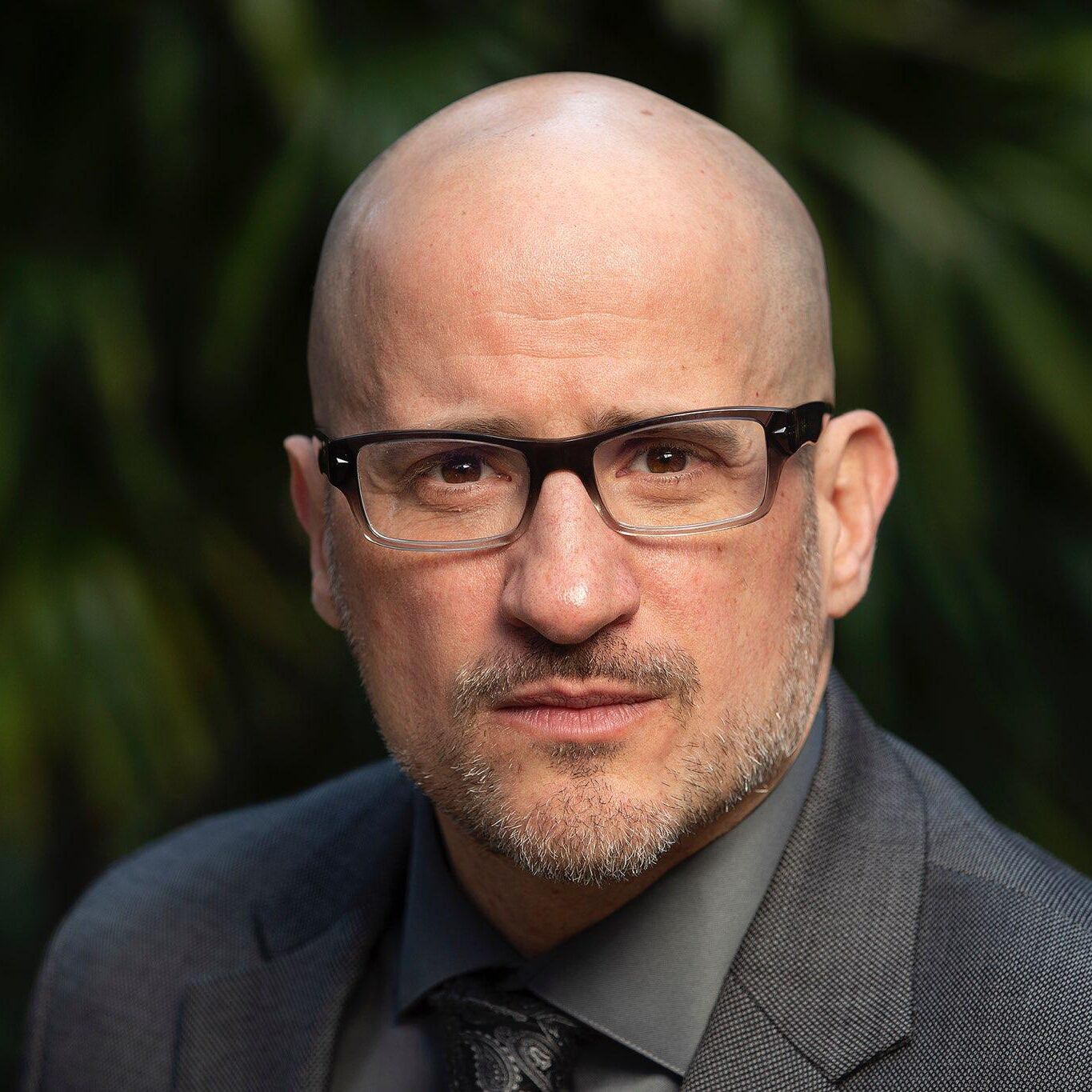 Marchesini is a highly-regarded television public relations executive having most recently served as Vice President, Entertainment Public Relations for Showtime Networks Inc. Over his seventeen-years at Showtime, Marchesini oversaw the consumer and trade publicity campaigns for some of the network’s most acclaimed original series including Dexter, Homeland, Shameless, Billions, The Affair, Nurse Jackie, Masters of Sex, Episodes and City On A Hill. Additionally, he worked on numerous non-scripted and sports titles including The Circus, The Franchise, Inside The NFL, Shut Up & Dribble and Kobe Bryant’s Muse. Prior to that, Marchesini served as Senior Public Relations Manager for the Playboy Entertainment Group, and started his career as an Account Executive for The Lippin Group. 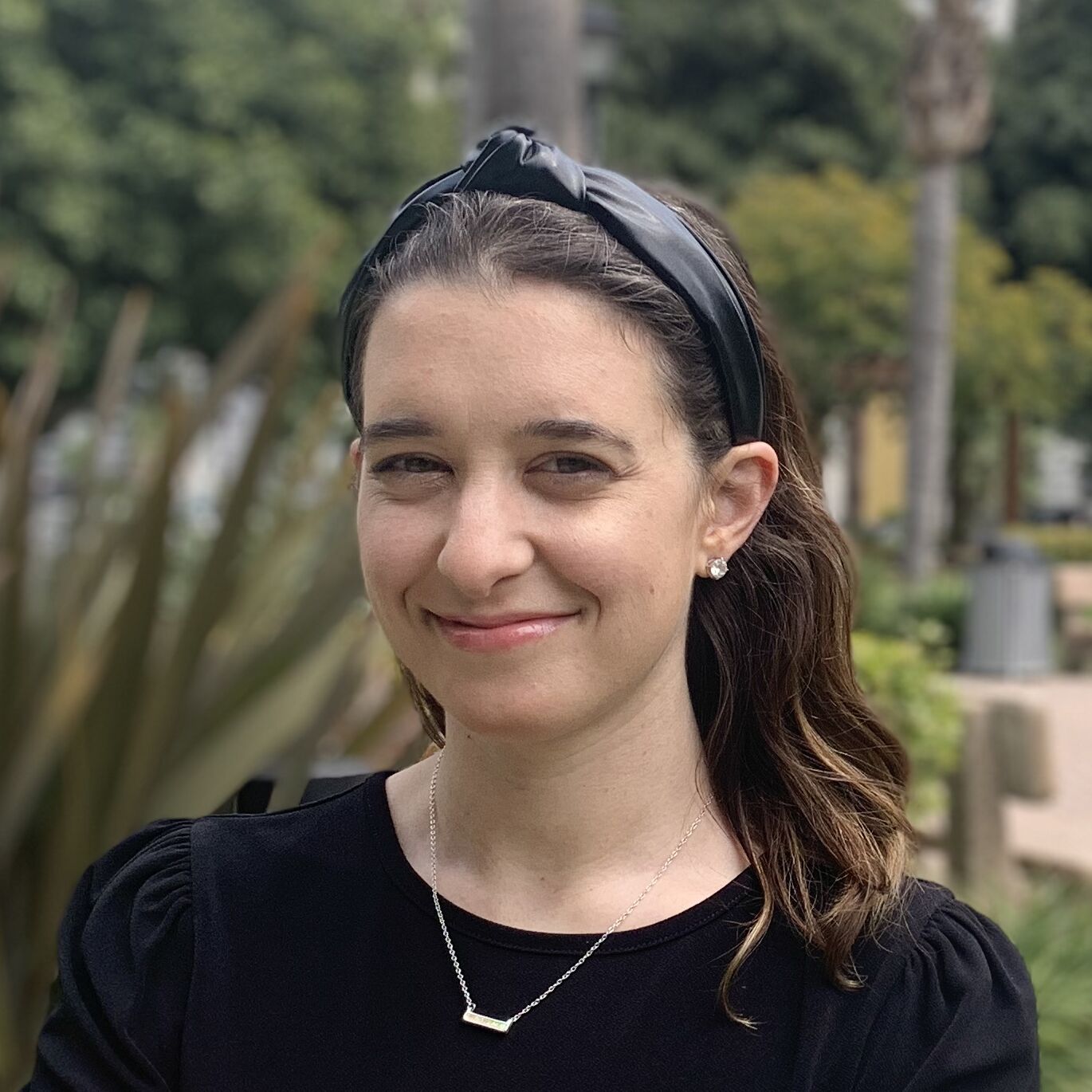 After beginning her career at Sony Pictures Television, Matlin worked at Discovery Inc. for over eight years on the TLC and Discovery Channel publicity teams. For the past several years she turned her attention to TLC’s 90 Day Fiancé franchise, where she solidified the series’ presence in pop culture, evidenced by coverage in major publications, a slew of celebrity fans, several successful spinoff launches, award nominations and consistent mentions on social media and elsewhere. Matlin also drove publicity for other top-rated TLC series, including My 600-lb Life, My Big Fat Fabulous Life, Sister Wives and Who Do You Think You Are? She was passionately involved in the publicity for Discovery’s corporate initiative, Say Yes To The Prom, a program that gives deserving high school students across the country the perfect prom look. Additionally, Matlin provides publicity support to the nonprofit organization, WriteGirl. 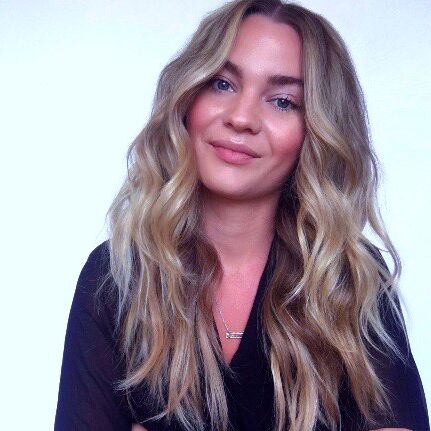 Creative and strategic storyteller with over a decade of experience immersed in entertainment publicity including; scripted and unscripted series, podcasts and new media, with a background in sports and live events. 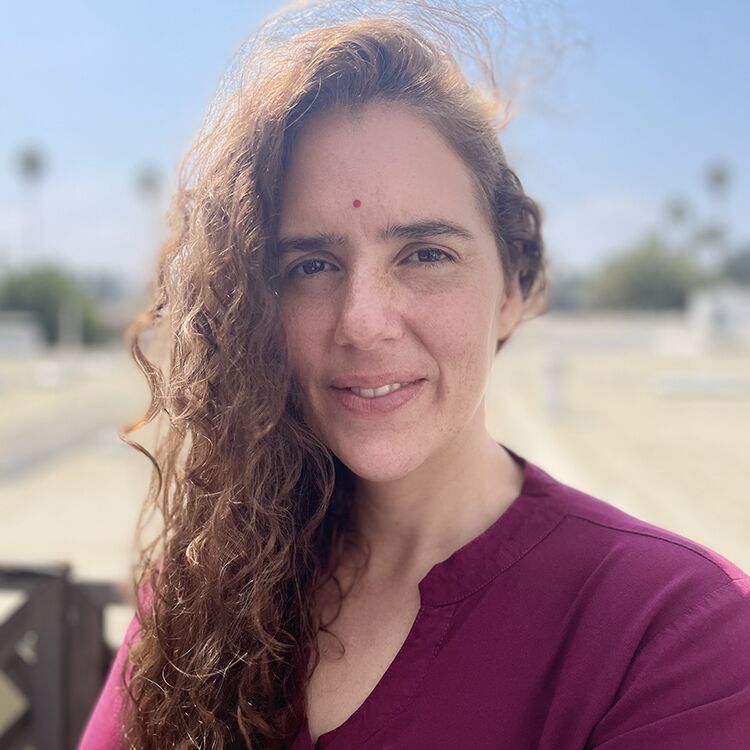 Born and raised in Mexico City, she is in a unique position to help her clients develop and expand their business and presence in the ever-growing US Latino and Latin American markets.Her knowledge and understanding of the culture and language has resulted in competitive press in both English and Spanish media.

She has excellent client-relationship skills as well as  strong media relationships with top-tier US Latino outlets as well as in Mexico and Spain. She graduated from Boston University majoring in Communications with a minor in Latin American International Relations. 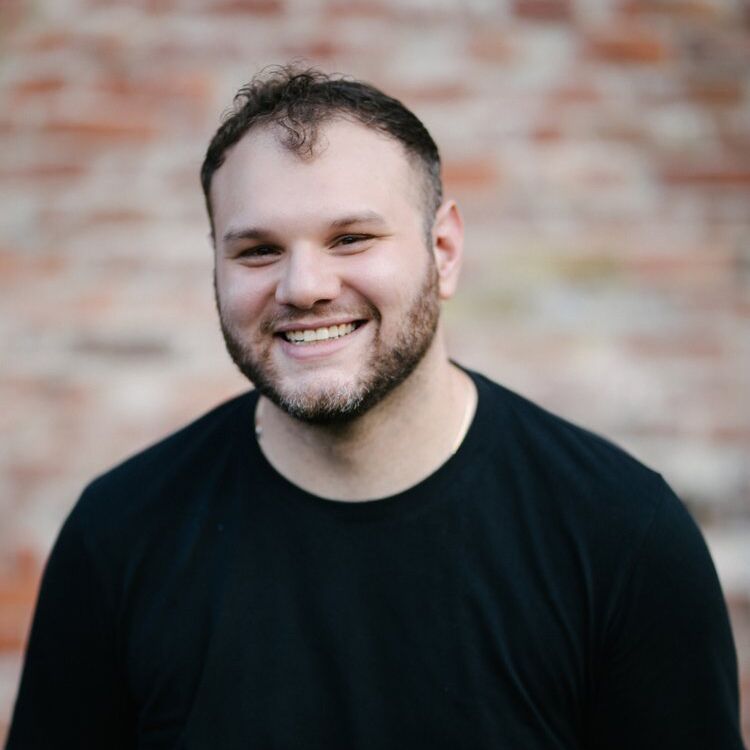 Calvi is a creative thinker, communications specialist, and media lover. After earning a Master’s Degree in Global Media in Paris, France, Calvi launched his publicity career in the fashion sector as the Director of Communications for French sustainable luxury brand Amédée Paris. With expertise in social media, Calvi has an eye for creative, innovative, thoughtful content focused on community building  tailored to the client’s audience. Calvi creates meaningful relationships by collaborating with brands aiming to support minority voices through impactful storytelling. 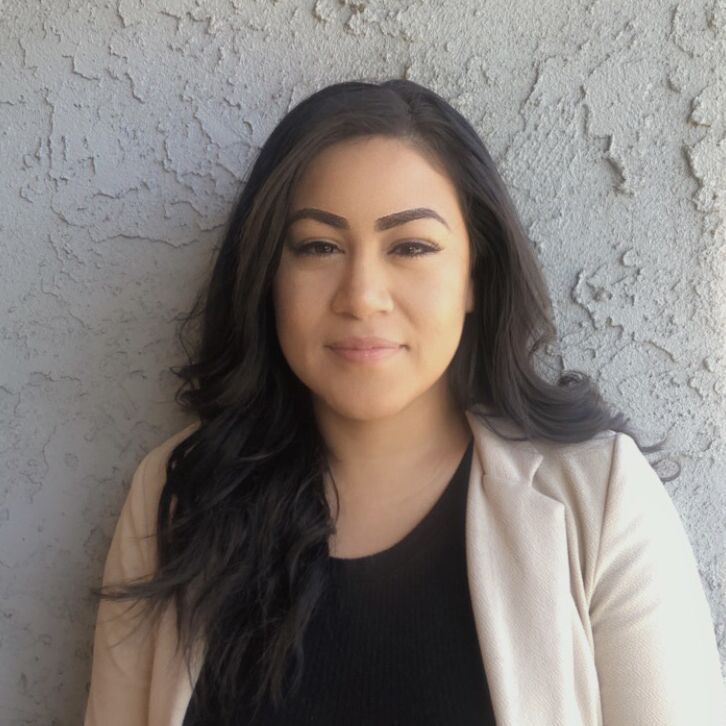 Sanchez is a PR professional with experience in film, television, streaming productions, awards, and influencer marketing. She is passionate about championing Diversity, Equity & Inclusion and using authentic approaches to create, develop and execute innovative campaigns that speak directly to diverse audiences. Sanchez launched her career in public relations at Allied Global Marketing specializing in multicultural publicity and previously worked at ERS Public Relations, spearheading influencer outreach and assisting with PR campaign development for The Players Coalition. 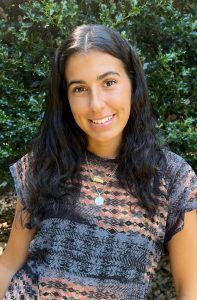 Santoro is a creative and strategic thinker who recently graduated from New York University in May 2022. During her time at NYU, she took interdisciplinary classes focused on media and communications, while simultaneously gaining hands-on experience through several PR and marketing internships. Her most recent internship was with NBCU, where she worked with publicity teams on late night, scripted and unscripted series. Santoro is a pop culture lover, a tv fanatic, and very excited to be starting her career with SMITHHOUSE. 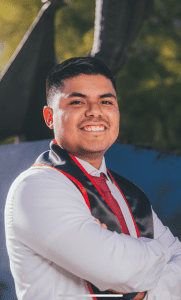 Arroyo is a self-motivated, budding PR professional who began his career during his internship with SMITHHOUSE where he proved to be a valuable asset to the team, supporting several accounts. As an Assistant Publicist, he continues to support various accounts and multi-tiered PR campaigns. Arroyo is also passionate about giving back and amplifying the voices of underrepresented communities and disadvantaged youth. He considers himself a mega TV and movie fan, which led him to purchase the AMC Stub A-List Membership further driving his interest in the TV and film industry. Arroyo recently graduated from California State University Northridge in May 2022, where he studied marketing and communication studies and currently resides in Los Angeles, CA.